DUE TO THE CURRENT CORONAVIRUS  OUTBREAK 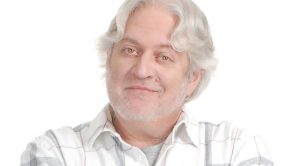 Dean Friedman, one of the pre-eminent songwriters of his generation, announces rescheduled UK shows to:  April -August 2021  – due to the current coronavirus outbreak.  The tour kicks off in Shrewsbury – Henry Tudor House on April 22, 2021 and the London date has been moved to  the Bloomsbury Theatre – May 21st, 2021 .

In addition to appearing at SongFest, Boothby Graffoe will also be a special guest on nine of Friedman’s tour-dates.

Following his recent 40th Anniversary Tour, Friedman returns to the stage armed with a stunning collection of his insightful and compelling, true-to-life ‘story songs’ – songs of pathos and humour that deal with family, friends, neighbours, work and the seemingly trivial, yet ultimately essential stuff of everyday life.

Friedman, will be performing solo, on guitar and keyboards, featuring songs from throughout his  four decade recording career, including his classic hits:  ‘Lucky Stars’, ‘Lydia’, ‘McDonald’s Girl’, ‘Ariel’ and ‘Woman of Mine’, as well as selections from his last studio album, ’12 Songs’ – which was fan-funded.

The Scottish leg of Friedman’s tour is being sponsored by Scottish building supply / landscaping company, Cartmore Building Supplies – ‘We’re really good at what we do!’

Tickets are available from:  www.deanfriedman.com or the venues direct.

In addition to his familiar radio hits, album releases and touring, Friedman composes and produces music soundtracks for TV and film, including the music to the hit Central TV series BOON and NBC’s Eerie Indiana. He’s also published a respected tome on the art and craft of songwriting titled, ‘The Songwriter’s Handbook’ (The Artists League), based on the ‘Songwriting Workshops’ and ‘Songwriting Masterclasses’ he’s conducted at universities and music conservatories around the world, including L.I.P.A. (The Liverpool Institute for Performing Arts).

For hi-res pics and bio go to media page: www.deanfriedman.com/media/media_home.html