Frankie Valli and The Four Seasons

AND THE FOUR SEASONS 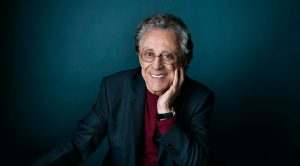 Frankie Valli and The Four Seasons –  July 2021 dates have been  rescheduled to June/July 2022 – due to the ongoing  coronavirus  and the current situation  of restrictions on events.   New dates announced include a brand new show at  Birmingham Resorts World Arena on June 26th, 2022  and includes a return of two nights at  the highly prestigious Royal Albert Hall  – July 1/2,2022  accompanied by the Royal Philharmonic Concert Orchestra.

The rescheduled 2022 UK tour dates are as follows:

Unfortunately it has not been possible to reschedule the Royal Albert Hall on July 1st, 2021 due to Royal Albert Hall availability.  Please go back to your point of purchase who will try and book you into the Friday or Saturday if you wish.

Frankie Valli and The Four Seasons,  who last toured the UK  in 2018 playing six arenas around the country, including a sell-out show at London’s O2 to 14,000 people. To date, they have sold over 175 million records worldwide and defined the sound of an era with classic hits like: Walk Like A Man, Sherry, Can’t Take My Eyes Off You, Rag Doll, Big Girls Don’t Cry and many more.

Frankie Valli, who came to fame in 1962 as the lead singer of The Four Seasons, is hotter than ever in the 21st century. Thanks to the volcanic success of the Tony-winning musical Jersey Boys which chronicles the life and times of Frankie and his legendary group.

Jersey Boys opened on Broadway in 2005 and is still going strong; the musical was turned into a film, directed by Clint Eastwood in 2014.   It is currently running in New York City, Washington, DC, Ohio, Florida and Texas.  The real Frankie Valli is also packing venues around the world.

Frankie Valli and The Four Seasons are members of the Rock & Roll Hall of Fame.

A tour not to be missed…